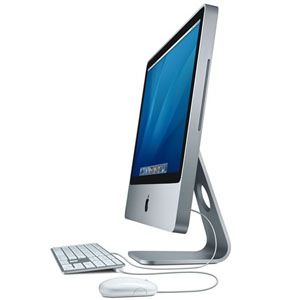 MAC vs PC the eternal debate is over.

There has always been a constant fight between PC and Mac users, each other defends the machine’s features, which help them to resolve many problems both at work and their personal life. Mac users say that it is better for some things, PC users is better for other things… it´s clear that it depend on the individual, but specially on the experience that each person has had. Both platforms are useful but it depend on the aim that we need to achieve.

I am grateful to have worked in both platforms. I have always worked with PC´s and i can say that for office applications or games, the PC is much better for several reasons. On the one hand we have the unquestionable fact that PC is the most used computer in houses and offices, if we are continously sending files, these must be compatible with software which other people uses, so it is obvious the advantage of working with a PC in these cases. On the other hand there is the low cost of a PC compared to a Mac. For people that use this computer to play games from the last generation which need a powerful graphic card, so forget apple. The Mac is used for other functions.

I decided to change to the Mac specially for my job. Designers praised it, they said: “Nothing will be the same, you´ll see the stuff of other way, the work is much easier with that”. My target was to learn to hand this kind of machines, because the major study about graphic design and motion graphics use them.

The moment arrived and when I need to buy a new machine, in Agoust 2009, the last PC was five years or more. If I would want follow using new applications with a Pentium IV at 3Ghz, 1Gb RAM and a graphic card of 256MB I would go very far. In this time, Windows XP was obsolete and you almost have to work with Windows Vista, an operating system which it had many mistakes and troubles functions. Although it´s talking amazing things about the new operating sistem of Windows, but from Windows Vista I can´t guarantee. There are other Operating System, but they aren`t appropiate for the task I do all days. Besides , they said that the Mac OSx operating system works ver well, you didn´t need install firewall, a use much easier than any other and without mistakes which make you lost all the work but it involved starting from the begining, with a lot of project which I wanted to start and didn´t have time for that.

But I launched to the adventure and decided waste time and learn to use the favourite tool from other job mate. I went to shopping center and bought a iMac of 24″ with 4Gb Ram, the choise about the shop store wasn´t random because in this place if you don´t happy with the purchase you can give back it for two weeks. So I had two weeks in order to try it and convince myself about I had it. I recognize that the first week I was disillusioned even I though go to the shopping center and pay back my money (Luckly I though about it twice). With patience and with help from Google I could resolve all y problems step by step. Forme all was new, the applications, the work way with them, the interface…. The first advantage about a PC is the screen quality. When you install a application drag and drop it into a specific folder and it will be already there in order to work. It´s imposibble to be so easy. The typical blue screens of PC are past, don´t worry about that.

At the moment, I am really happy with the results from the Mac. It´s a investment which I would make again with eyes closed when my iMac will be obsolete and I need update it for I need to go head. I know that there are people which can´t allow luxury to buy this kind of computer, but if you love the design I´d advise you that save money. You won´t regret it.